Deciphering the Morse code of communication between butterflies and ants

It has long been known that there is a close symbiotic relationship between silverline butterflies and ants. The larvae of the silverline butterfly have honey (nectar) glands and other ant-loving (myrmecophily) organs that attract ants and increase their survival rate by being cared for by ants. The larvae secrete honeydew for the ants to feed on. It is interesting though that the pupa does not have ant-loving organs to attract ants. This phenomenon has caused scientists to wonder if there are other mechanisms by which small gray butterflies attract ants. One of the answers is the inaudible sound vibration signal, which was published in an international journal on December 6, 2019 (Scientific Reports).

This collaborative study is cross-university and cross-national, with a team formed by Professor Yu-Feng Hsu and Yue-Hsien Lin (Master of Science) of National Taiwan Normal University, Professor Man-Miao Yang and Dr. Yi-Zhang Liao in the Department of Entomology of National Chung Hsing University, Associate Professor Jing-Ching Yang of the Institute of Biosphere Research at Kyoto University in Japan, and Professor Johan Billen at University of Leuven in Belgium. The team explored insect behaviors, insect acoustics, and morphology to decipher the Morse code between butterflies and ants to understand how they communicate with each other using sound vibration signals.

In this study, a more common Spindasis lohita in Taiwan and its symbiotic ant, Crematogaster rogenhoferi, were studied as the subjects. It was found that both larvae and pupae of Spindasis lohita could emit vibration signals; of special interest, the larvae could emit three different signals. The replay experiments also showed that these signals could attract ants to gather and carry out caring behaviors. In addition, it has been found that Crematogaster rogenhoferi can transmit sound signals by the speakers that rub the abdomen and the waist, which attract other ants. The analysis of the two signals also found that the silverline butterfly and ants have very high similarity in the signal length and main frequency, which further confirmed that these vibration signals play an important role in establishing the symbiotic relationship between the butterflies and ants. The vibrations of insects, often unheard voices and recorded with certain instruments, had received little attention in academia in the past. The study has been credited with boosting international visibility in the field of Biotremology.

The study also opened up a number of follow-up research topics. For example, studies have found that the queen ant has the same sound structure as the ergate (worker ant).  This raises a number of questions: What is the form and function of the signal of the queen ant? Do male ants also have a speaker? How do the larvae and pupae of butterflies make sound? Where are their speakers? The symbiosis of butterflies and ants is based on chemical odors and vibration signals, but what are their contributions to promoting their symbiosis? There are many different species of small silverline butterflies in Taiwan that are symbiotic with ants. Do their symbiotic relationships also involve vibrational communication? If so, is there a difference from the style of this study? Many interesting scientific topics await future efforts to solve these puzzles. 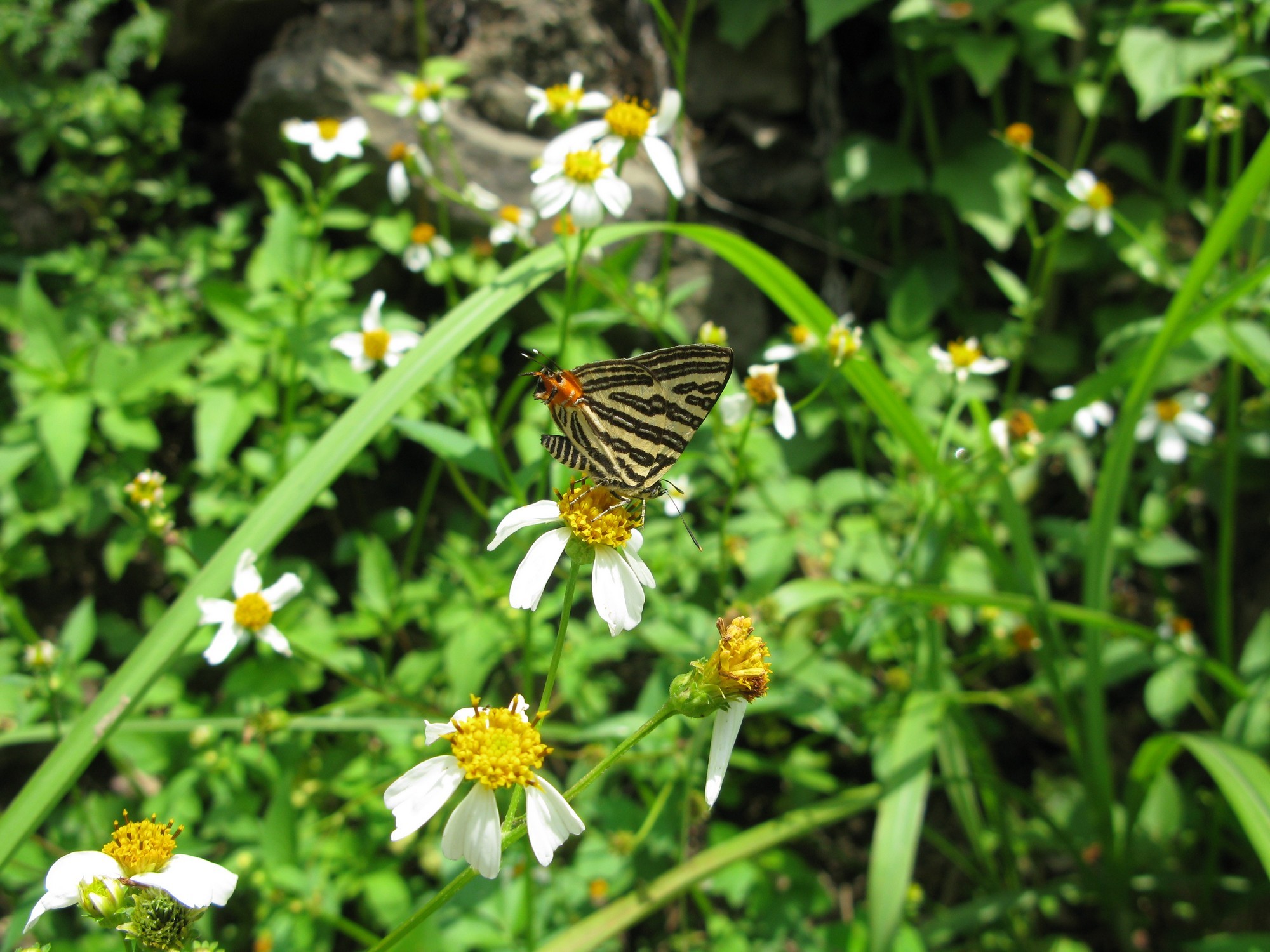 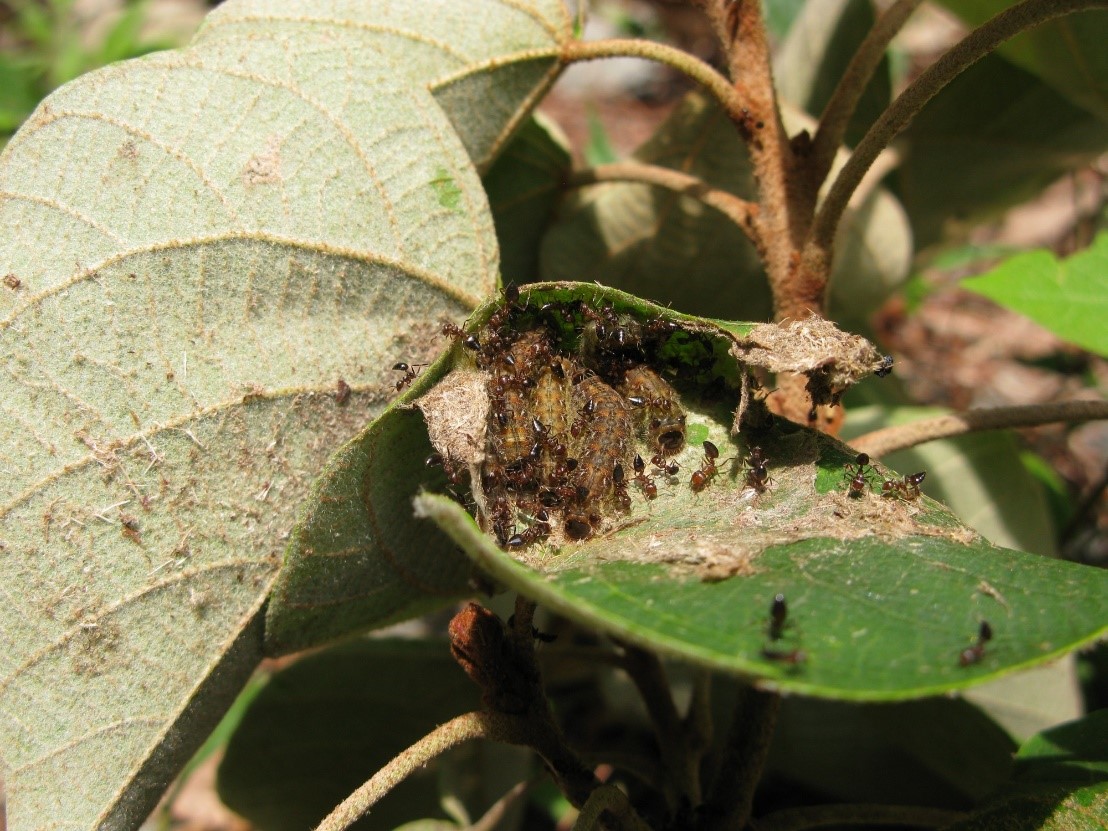 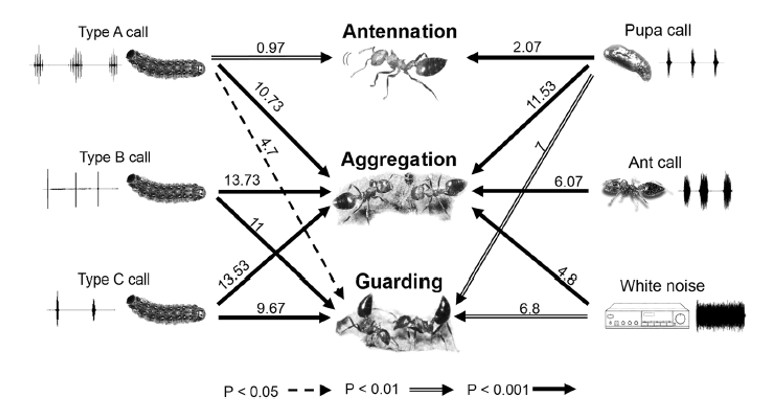